You are here: Home > Directory

Temple Bar TradFest 2014 will launch with cascading colour and pulsating music from the 22nd January 2014 to the 26th January 2014, this will be the ninth annual events of the Tradfest and it is expected to be bigger than ever. This Tradfest line-up for 2014 is an endless list of world famous acts, Tradfest 2014 promises to be a spectacular start to 2014. 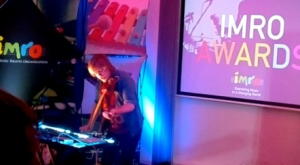 Tradfest 2014 will provide many top venues for its music and entertainment extravaganza, not least of which is the beautiful Werburgh Street Church during the 2014 TradFest the Church will play host to some of Ireland’s finest performers.

The world renowned and much loved, The Royal Irish Academy of Music performing the Connemara Suite will be held on Wednesday the 23rd of January 2014. Bill Whelan’s lively and engaging Connemara Suite, with violinists Róisín Walters and Lynda O’Connor, is performed by the RIAM Chamber Orchestra, regarded as one of Ireland’s most exciting young chamber ensembles, in addition to music by Arthur Duff and Bill Thorp.

Traditional Irish music acts will top the bill with O Riada re-imagined plays on the 24th of January with three traditional players: Zoe Conway on the fiddle, Siobhan Armstrong on harp and Robbie Harris on bodhran. The music of composer Seán Ó Riada, who brought back the popularity of Irish Traditional music, is celebrated by Louth Contemporary Music Society in a unique performance of a new arrangement as part of TradFest.

The Temple Bar TradFest was delighted to host some of the best talent from Canada as part of The Gathering 2013. The traditional music of Cape Breton stems from the Scottish and Irish immigrants who came to Canada more than 200 years ago. The Celtic Colours International Festival celebrates that culture while sharing it with other Celtic traditions from around the world. Mary Jane Lamond and Wendy MacIsaac and their band uphold the traditions with mesmerizing Gaelic songs, Cape Breton fiddle at its finest, piano, dance, and powerful rhythms. Cyril MacPhee brings a wealth of songs and his engaging voice to the stage and Kimberley Fraser provides thrills with her fiddle, piano and dance virtuosity.

The Hub, Brewery Lane will host the following artists who will be part of this special event: